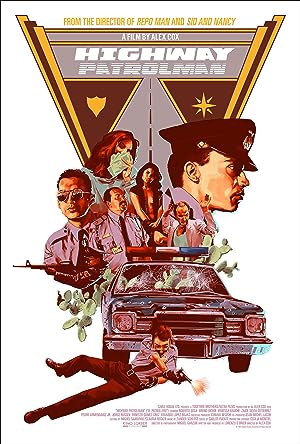 How to Watch Highway Patrolman 1991 Online in The UK

The cast of Highway Patrolman

What is Highway Patrolman about?

An episodic look at a young man's life in Mexico's national highway patrol. We follow Pedro Rojas from cadet training and his rookie assignment in a northern border area, to his quick courtship, his taking of bribes ("la mordida"), and his slow exposure to drug smuggling. Rojas re-forms his idealism as youthful naivete gives way to an adult's complicated choices.

Where to watch Highway Patrolman

A creatively titled platform that caters to the creative user base. Especially if they indulge cult films.

Got a question about Spamflix?

Once a movie is purchased, there is a 72-hour limit to watch the content.
No. Users only pay for what they watch.
Spamflix caters more to offbeat movies and independent, cult cinema. Shudder is exclusively for horror and suspense fans.