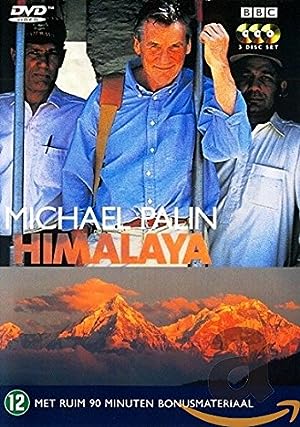 How to Watch Himalaya with Michael Palin Online in The UK

The cast of Himalaya with Michael Palin

What is Himalaya with Michael Palin about?

This 2004 BBC television series records comedian and travel presenter Michael Palin's six-month trip across the Himalaya mountain range, covering an amazingly diverse range of cultures and environments in various countries. It includes 1° North by Northwest - Pakistan's tribal province, featuring Khyber Pass, Peshawar, Gilgit, Chitral and K2; 2° A Passage to India - Lahore (still in Muslim Pakistan), and in its mainly Hindu rival India: Amritsar, Shimla, Dharamsala (meeting with the Dalai Lama) and Srinagar; 3°Annapurna to Everest - Nepal (the capital Kathmandu, meeting with King Gyanendra, and Annapurna Mountain; includes a scare involving the Maoist rebels in the Gurkha recruiting area) and Tibet (administered as a Chinese province: Pokhara and the Everest base camp on the northern side). 4° The Roof of the World - Tibet's capital Lhasa and in China's Qinghai province Yushu. 5° Leaping Tiger, Naked Nagas - from China's Yunnan province to India's Nagaland state - features Kunming, Lijiang, Lugu Lake, the Naga village of Longwa on the Indian-Burmese border and a trek along Tiger Leaping Gorge; 6° Bhutan to the Bay of Bengal - India's Assam state (Kaziranga National Park), Bhutan (capital Thimphu) and Bangladesh (Sylhet, the capital Dhaka and finally Chittagong on the Bay of Bengal).

Where to watch Himalaya with Michael Palin