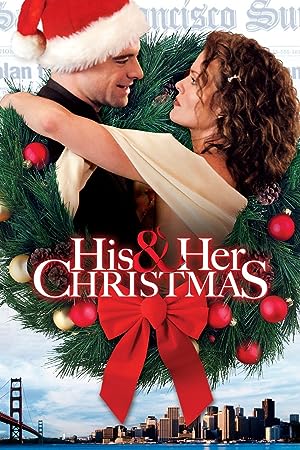 The cast of His and Her Christmas

What is His and Her Christmas about?

Tom Lane is the star columnist for the media conglomerate owned San Francisco Sun newspaper. The company is thinking about increasing Tom's exposure by producing a new television show around him. Liz Madison is the advice columnist for the little read community newspaper, the Marin County Voice, which is a throwback to gentler times. Besides their journalistic occupations, one other similar aspect between Tom and Liz is that they are both currently single, with their friends and family doing whatever they can to find that special someone for their personal life. On November 2, the staff at the Voice learn that the Sun ownership has bought their newspaper, with the probable goal of folding it into the operations of the Sun. If this move does happen, the staff at the Voice will lose their jobs. To fight back, Liz decides to change her column to an editorial espousing the meaning of Christmas and the newspaper to the community. Because of the feisty and entertaining stance of Liz's new column, the circulation of the Voice increases so much so that the owner has second thoughts about folding it, which in turn would put Tom's new television show in jeopardy. To protect his career advancement, Tom decides to write a counterpoint column to Liz's, his about instilling some practicality into Christmas. The competing columns become a personal battle for the two columnists. But as Tom and Liz spew their mutual loathing for each other, their respective friends try to convince them of the old adage that there is a fine line between love and hate.

Where to watch His and Her Christmas

His and Her Christmas Trailer

More Comedy tv shows like His and Her Christmas