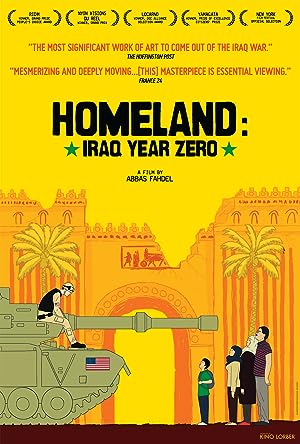 What is Homeland (Iraq Year Zero) about?

Part I: BEFORE THE FALL (duration: 2h40m) : For several months, the director filmed a group of Iraqis, mostly members of his family, in their expectation of the war. This first part of the film ends with the start of U.S. strikes on Baghdad. Part II: AFTER THE BATTLE (duration: 2h54m) : Americans invades Iraq and the film shows the consequences of this invasion on the daily life of the characters. The film ends with the violent death of one of the main characters: the nephew of the filmmaker, twelve years old boy Haidar.