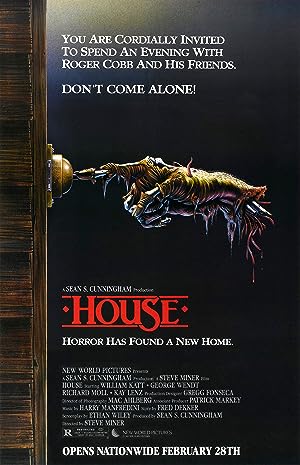 How to Watch House 1985 Online in The UK

The cast of House

What is House about?

Roger Cobb is a Vietnam vet whose career as a horror novelist has taken a turn for the worse when his son Jimmy mysteriously disappears while visiting his aunt's house. Roger's search for Jimmy destroys his marriage and his writing career. The sudden death of his aunt brings Roger back to the house where his nightmares began. The evil zombies in the house force Roger to endure a harrowing journey into his past.

Where to watch House