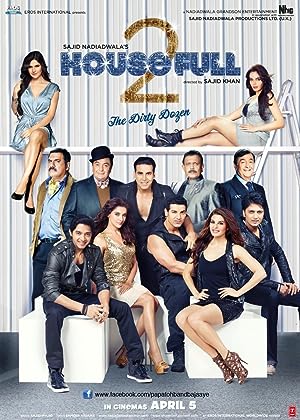 The cast of Housefull 2

What is Housefull 2 about?

Housefull 2 is about the Kapoor family. Daboo and Chintu are brothers but they hate each other to the core. Even their wives and daughters hate each other. Both claim that they are going to get the richest son-in-law for their daughter. Aakhri Pasta, a marriage counselor, brings Jai's parents to Chintu, but Pasta says the wrong things and Chintu abuses Jai's father, who suffers a heart attack. Jai seeks revenge, which turns into a comedic disaster.

Where to watch Housefull 2