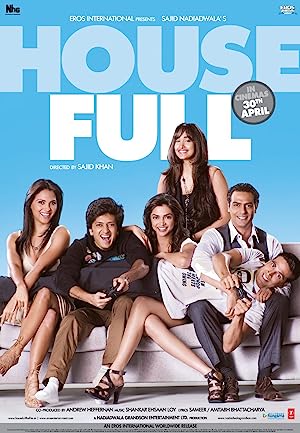 How to Watch Housefull 2010 Online in The UK

The cast of Housefull

What is Housefull about?

Housefull is a romantic comedy entertainer which narrates the story of Aarush - the world's unluckiest man. Being jinxed, he believes his bad luck can vanish if he finds true love. In this quest for true love how one lie leads to another and how different people from different walks of life come together adding even more confusion to this hilarious comedy of errors resulting in total chaos and mayhem forms the crux of the story. The line which Deepika tells Akshay in the film "Jis jhooth se kissi ka ghar basta ho, voh jhooth jhooth nahin hota", pretty much sums up the essence of the film.

Where to watch Housefull