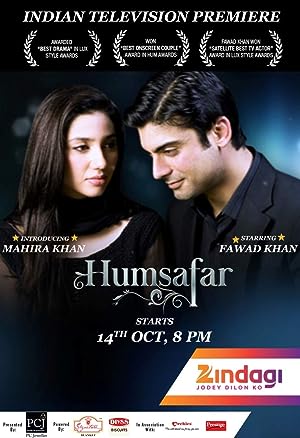 How to Watch Humsafar Online in The UK

The cast of Humsafar

What is Humsafar about?

Khirad and Ashar's marriage is a bad match in the eyes of Ashar's mother. She plots successfully to discredit Khirad in Ashar's eyes, and he distances himself from Khirad despite her repeated pleas of innocence. Their time apart is hard for both with Ashar trying desperately to forget his love for Khirad, and Khirad hardened towards Ashar for mistreating her. Their daughter's illness brings them reluctantly together, reigniting Ashar's longing for Khirad and him offering her his forgiveness. She is appalled and leaves. In his distraught state, Ashar finds out the truth about Khirad's innocence and asks her forgiveness, which she hesitantly gives.

Where to watch Humsafar