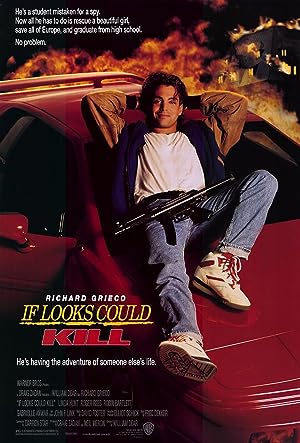 If Looks Could Kill

Watch If Looks Could Kill 1991 in the UK

Where to watch If Looks Could Kill

What is If Looks Could Kill about?

When Michael Corben, along with the rest of his high-school French class, set out for a trip to France, he runs headlong into international intrigue: Agent Michael Corbin has just been disposed of by the evil forces of Augustus Steranko. When it's learned that Michael Corbin is alive and well, and still on his way to France, he's beseiged by both the good guys and the bad guys. British Intelligence outfits him with a series of James-Bond-like gizmos, and Steranko sends more would-be assassins after him. Can Michael stop the evil Steranko's plans for European domination?

Which streaming providers can you watch If Looks Could Kill on

More action tv shows like If Looks Could Kill