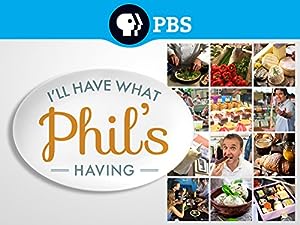 The cast of I'll Have What Phil's Having

What is I'll Have What Phil's Having about?

In I'LL HAVE WHAT PHIL'S HAVING, Rosenthal sets his sights on kitchens both on and off the well-worn gastronomic path, where he meets those who are keeping traditions alive and creating new ones. Viewers travel with him from Hong Kong to Barcelona, from Paris to Tokyo, and from a three-star Michelin restaurant in an Italian palazzo to a Los Angeles bakery training former gang members. Rosenthal is a food enthusiast, but as he was growing up, he was not exposed to any adventurous eating. Rosenthal says, "My mother was not a fantastic cook. Our oven had a setting for 'shoe.' But I've always loved family, food, travel, and humor. That's how I connect with people. I'm not your typical adventurer. So, I'm hoping folks will look at a nebbish like me exploring the world and trying new things and say, 'If that guy can go outside, maybe I can, too.'"

Where to watch I'll Have What Phil's Having

More Documentary movies like I'll Have What Phil's Having

More Documentary tv shows like I'll Have What Phil's Having