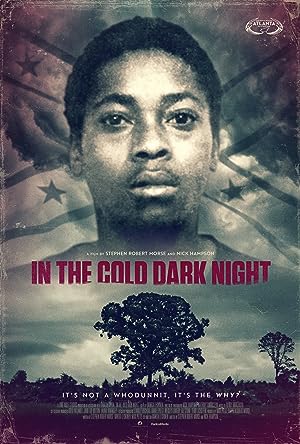 The cast of In the Cold Dark Night

What is In the Cold Dark Night about?

From the producer of AMANDA KNOX and the team behind WHAT HAPPENED MISS SIMONE? and THE TED BUNDY TAPES, IN THE COLD DARK NIGHT is a multi-layered story of one town in two different eras. Set in the heart of the American South, the film examines both the 1983 and 2018 investigations into the racially-motivated murder of a young and jovial Black man, Timothy Coggins. IN THE COLD DARK NIGHT highlights how one era enabled this crime to go without punishment and how the other attempts to bring justice decades later. Featuring a 360-degree view of all people involved within the case, IN THE COLD DARK NIGHT conveys themes of hope and resilience, while asking audiences to become the juries themselves; questioning their presumptions of guilt, innocence, and authority.

Where to watch In the Cold Dark Night

In the Cold Dark Night Trailer

More Documentary movies like In the Cold Dark Night

More Documentary tv shows like In the Cold Dark Night