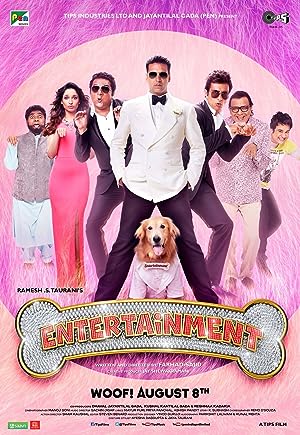 How to Watch It's Entertainment 2014 Online in The UK

The cast of It's Entertainment

What is It's Entertainment about?

Akhil (Akshay Kumar) finds out that he is the heir of 3000 crore rupees as he and his mother were abandoned by his diamond baron father (Panna Laal Johari) who is now dead. However, his life goes Topsy-turvy when he learns that the empire goes to entertainment (a dog).

Where to watch It's Entertainment