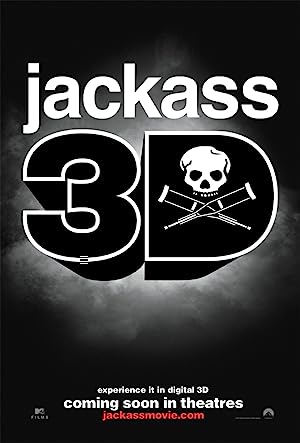 The cast of Jackass 3D

What is Jackass 3D about?

'Jackass 3D' opens with the entire cast all lined up, each wearing a different color of the rainbow, in front of a rainbow colored background, each in turn being attacked in various ways. Some of the footage is slowed down for maximal effect. This is repeated again at the end of the movie with additional explosions mixed in with gallons of water to wash away the cast- chaos is resumed. Throughout the movie the team are subjected to the usual foray of physical abuse from team members or perform hilarious stunts (including some of the more stomach turning stunts such as the Sweat suit cocktail, Toy Train Eruption and Poo Cocktail Supreme - not for the weak stomached!).

Where to watch Jackass 3D