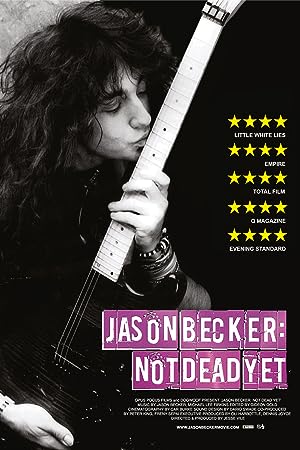 How to Watch Jason Becker: Not Dead Yet 2012 Online in The UK

The cast of Jason Becker: Not Dead Yet

What is Jason Becker: Not Dead Yet about?

A documentary film about the extraordinary life of a famous, musical prodigy who has been battling against Lou Gehrig's Disease for 22 years. A paralyzing, terminal illness with no real treatment or cure, it has trapped Jason inside of his body for over 15 years; unable to move, unable to speak, and unable to play the instrument which propelled him to international stardom at just 19 years of age. Using an eye communication system invented by his father, Jason is able to escape the confines of his own body and release the music that is trapped inside of his mind.

Where to watch Jason Becker: Not Dead Yet

More Biography movies like Jason Becker: Not Dead Yet

More Biography tv shows like Jason Becker: Not Dead Yet