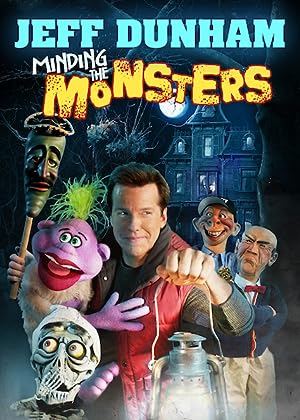 How to Watch Jeff Dunham: Minding the Monsters 2012 Online in The UK

The cast of Jeff Dunham: Minding the Monsters

What is Jeff Dunham: Minding the Monsters about?

Jeff Dunham's Minding the Monsters brings together your favorites-- Walter, Peanut, Bubba J, Jose Jalapeno... On a Steek!, and Achmed the Dead Terrorist as you've never seen them before! Enter the ultimate haunted house where Walter transforms into something grumpier than he already is! Watch Bubba J rise from the dead! Meet Peanut's alter ego, The Purple Avenger of the Night, and his spicy sidekick! And witness Achmed literally dressed to kill in an outfit that would terrify the most terrifying terrorist!

Where to watch Jeff Dunham: Minding the Monsters