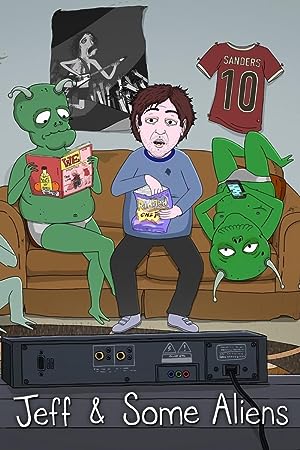 How to Watch Jeff & Some Aliens Online in The UK

The cast of Jeff & Some Aliens

What is Jeff & Some Aliens about?

Jeff, the most average person in the world and is trying to live his average life despite frequent interference from his three alien roommates. These aliens are on earth to judge Jeff, and by proxy the entire population of Earth. While they are only there to judge, the aliens interfere in his life and try to aid him constantly, thus throwing his life into chaos and tainting their own research.

Where to watch Jeff & Some Aliens