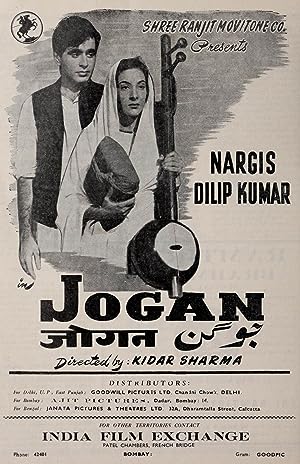 How to Watch Jogan 1950 Online in The UK

The cast of Jogan

What is Jogan about?

Orphaned at a young age, Vijay lives with his Puffi in a village and is an atheist. He is drawn towards Meeradevi, a Bhajan singing devotee, but she not only rejects him but also asks him not to come near her. When she falls ill, he makes inquiries about her, both start to converse and are drawn toward each other. She confides in him about her wealthy childhood, that was the time she was called by her real name, Surabhi, and how her brother had coerced her into marrying a much older man - compelling her to forsake all materialistic bonds and becoming a Sanyasin/Jogan. The question remains: Will she accept now him as her life partner?

Where to watch Jogan