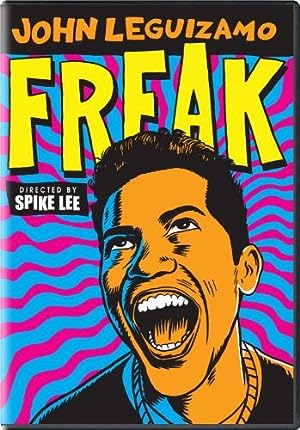 How to Watch John Leguizamo: Freak 1998 Online in The UK

The cast of John Leguizamo: Freak

What is John Leguizamo: Freak about?

John Leguizamo's semi-falsified, one-man stand-up performance as...himself. This is his autobiographical story, about his life growing up, and his journey to try to be accepted by his father. We see this story through a bizarre myriad of characters and situations, which include the eccentric Uncle Sandy, the Fat Boy Called Bitch (John's little brother, Poochie), his mom, his evil grandmothers, and Lee Stratsberg, not to mention a brief appearance by Cantinflas as God.

Where to watch John Leguizamo: Freak