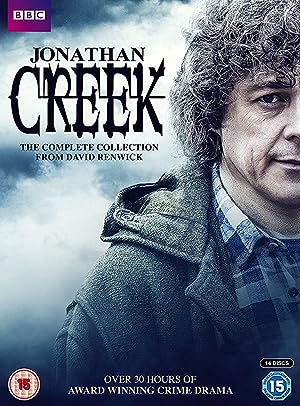 How to Watch Jonathan Creek Online in The UK

The cast of Jonathan Creek

What is Jonathan Creek about?

Madeline Magellan, an investigative journalist, is the kind of journalist that generally sticks her nose in where it isn't wanted. While writing a story about the murder of a famous Artist she happens across a quiet but brilliant man named Jonathan Creek. Jonathan makes a living inventing magical tricks for Adam Klaus. Adam is a very famous magician but it is Jonathan that is the real genius behind Adam's illusions. Madeline (Maddy) and Jonathan team up to solve the Artist murder and then (for Jonathan with some reluctance) again team up to solve near-impossible cases. Over the stories, we see that Maddy is in love with Jonathan but Jonathan, being a shy person, doesn't show if he knows about Maddy's feeling for him but he loves solving the tricky mysteries that Maddy brings for his mind to solve...

Where to watch Jonathan Creek