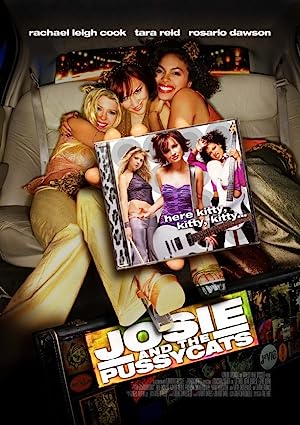 The cast of Josie and the Pussycats

What is Josie and the Pussycats about?

For years, the record industries have inserted subliminal messages into music so that they can turn teenagers into brain dead zombies who do nothing but buy, buy, buy. And whenever the musician or band finds out the truth, the record company silences them to keep the truth from coming out. When the hot boy band DuJour discovers this, their manager, Wyatt Frame, under his evil, corrupt boss, Fiona, has the plane they are flying in crashed and him looking for a new band to use for their evil schemes. Enter Josie, the ditsy Melody, and the tough Valerie, from Josie and the Pussycats, a small band who wants to make it to the big time. When they are discovered by Wyatt, they give in and become big rock stars. But will they find out that they are just pawns for the record industry or will fame take them over?

Where to watch Josie and the Pussycats

More Comedy tv shows like Josie and the Pussycats