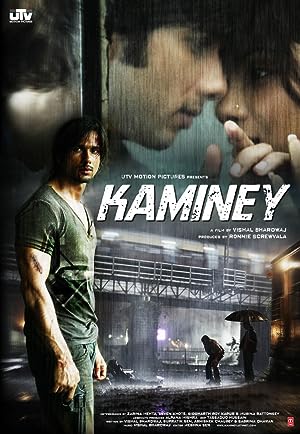 How to Watch Kaminey 2009 Online in The UK

The cast of Kaminey

What is Kaminey about?

Guddu and Charlie are identical twins born and raised in the slums of Mumbai. They dream of leaving the squalor behind and moving into a life of prosperity and dignity. Though they look alike, the two are as different as chalk and cheese: one lisps while the other stammers; one is an honest, diligent social worker while the other hedges bets at a racecourse. The brothers want nothing to do with each other, but when Charlie gets mixed up in a deadly get-rich-quick scheme and Guddu realizes that the love of his life has unwittingly put a price on his head, their lives begin to collide. Faced with rogue politicians, drug dealers and crooked cops, they uncover a sinister plot laid out by the 'political-police-underworld' nexus. Their stories finally converge to a point when they realize they only have each other.

Where to watch Kaminey