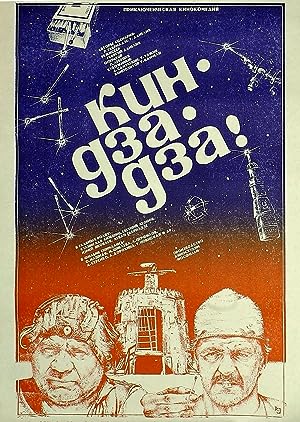 The cast of Kin-dza-dza!

What is Kin-dza-dza! about?

Kin-Dza-Dza is something like an "advanced cyberpunk film". It's a lot about people and social structures which on the planet of "Pluke" of course have many parallels to our society. It's a very funny movie, but it's also a melancholic movie with great philosophical sense.

Where to watch Kin-dza-dza!