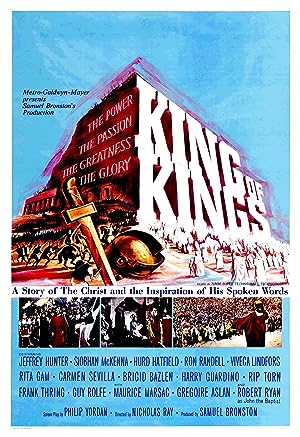 How to Watch King of Kings 1961 Online in The UK

The cast of King of Kings

What is King of Kings about?

The story of the life of Jesus Christ from his birth in Bethlehem to his crucifixion and subsequent resurrection. Filmed on a relatively grand scale, the film includes all of the major events referred to in the New Testament; his baptism by John the Baptist; the miracles - cripples walking, blind men seeing; the fishes and the loaves; and so on. The film actually begins with the Roman invasion by Pompey in 65 B.C., the appointment of King Herod the Great by the Romans and finally the crowning of Herod Antipas after he murders his father. The revolt led by Barrabas is also included and John the Baptist's beheading as Salome's price for dancing for Herod.

Where to watch King of Kings