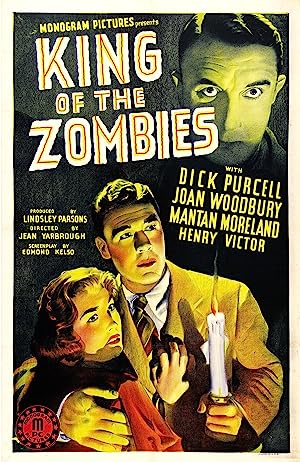 The cast of King of the Zombies

What is King of the Zombies about?

During World War 2, a small plane off the south coast of America is low on fuel and blown off course by a storm. Guided by a faint radio signal, they crashland on an island. The passenger, his manservant and the pilot take refuge in a mansion owned by a doctor. The easily-spooked manservant soon becomes convinced the mansion is haunted by zombies and ghosts. Exploring, the 3 find a voodoo ritual in the cellar, where the doctor is trying to acquire war intelligence by transferring personalities into his zombies. But the interruption causes the zombies to turn on their creator.

Where to watch King of the Zombies

More Adventure tv shows like King of the Zombies