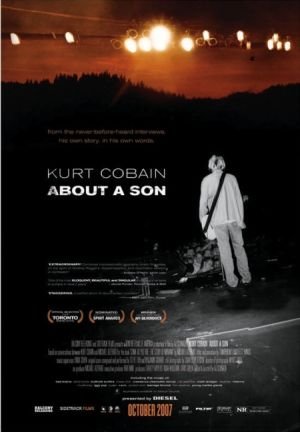 The cast of Kurt Cobain About a Son

What is Kurt Cobain About a Son about?

An intimate and moving meditation on the late musician and artist Kurt Cobain, based on more than 25 hours of previously unheard audiotaped interviews conducted with Cobain by noted music journalist Michael Azerrad for his book "Come As You Are: The Story of Nirvana." In the film, Kurt Cobain recounts his own life - from his childhood and adolescence to his days of musical discovery and later dealings with explosive fame - and offers often piercing insights into his life, music, and times. The conversations heard in the film have never before been made public and they reveal a highly personal portrait of an artist much discussed but not particularly well understood.

Where to watch Kurt Cobain About a Son

More Documentary movies like Kurt Cobain About a Son

More Documentary tv shows like Kurt Cobain About a Son