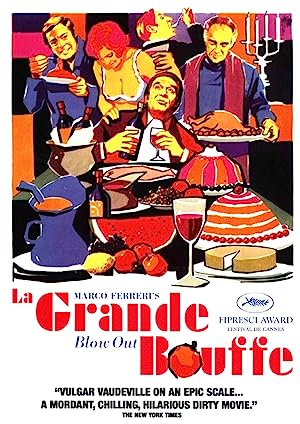 How to Watch La Grande Bouffe 1973 Online in The UK

The cast of La Grande Bouffe

What is La Grande Bouffe about?

Four successful middle-aged men Marcello, a pilot; Michel, a television executive; Ugo, a chef; and, Philippe, a judge go to Philippe's villa to eat themselves to death. After the first night, Marcello insists that women should join them. Three prostitutes make it through a day or two; Andrea, a local school teacher, stays to the end. The villa, the food, and a Bugati roadster are essential props.

Where to watch La Grande Bouffe