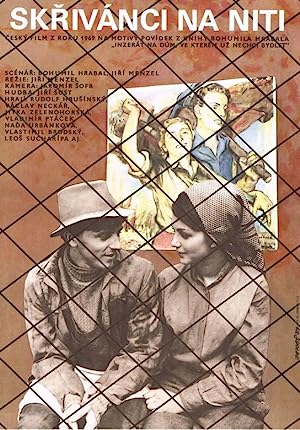 The cast of Larks on a String

What is Larks on a String about?

Prague in the early 1950's. Bourgeois elements are being re-educated by working in a scrapyard full of the detritus of industrial society. The volunteer workers comprise a professor of literature, a public prosecutor, a dairyman, a saxophonist, a barber, and a young cook. Also working in the yard are a number of female prisoners serving a year for trying to defect... A camera crew arrives with potted plants and other props. An idyllic scene is created; the prisoners star briefly in a pro-North Korean newsreel before going back to work... The volunteers are striking because the scrapyard work quotas have risen without consultation. A union rep arrives to persuade them otherwise... The guard for the female prisoners gets married but the gypsy musicians make a mess at his reception. The cook flirts with one of the pretty prisoners and finally proposes...

Where to watch Larks on a String

More Comedy tv shows like Larks on a String