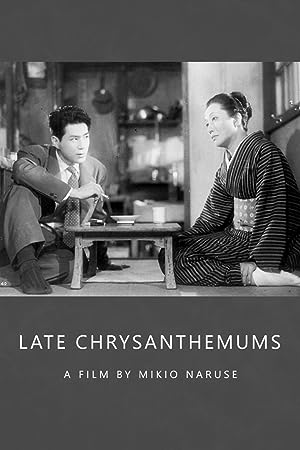 How to Watch Late Chrysanthemums 1954 Online in The UK

The cast of Late Chrysanthemums

What is Late Chrysanthemums about?

What is the life of a Geisha like once her beauty has faded and she has retired? Kin has saved her money, and has become a wealthy money-lender, spending her days cold-heartedly collecting debts. Even her best friends, Tomi, Nobu, and Tamae, who were her fellow Geisha, are now indebted to her. For all of them, the glamor of their young lives has passed; Tomi and Tamae have children, but their children have disappointed them. Kin has two former lovers who still pursue her; one she wants to see, and the other she doesn't. But even the one she remembers fondly, when he shows up, proves to be a disappointment.

Where to watch Late Chrysanthemums