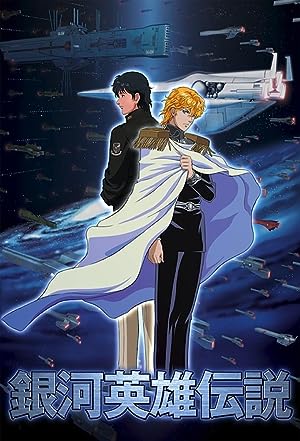 The cast of Legend of the Galactic Heroes

What is Legend of the Galactic Heroes about?

A classic SpaceOpera, where 2 major empires fight between them with their own beliefs and ideals. In the imperial side "Reinhard Von Lohengram" a military genius and somehow different to make the change on the core of the corrupt noble elite on the other side in the free Planets coalition is Wen-Li, who joined the military to be an historian, this makes him a well known tactician men with an variety of knowledge in past military tactics, very driven and heroic person which makes his own rights to come to an end, essentially fighting against an corrupted democracy of his country government. The clash of the two main chars is addicted and somehow engaging seeing how two different hero's with different ideals, "power vs will", comes always to the same goal the best for their people.

Where to watch Legend of the Galactic Heroes

More Animation movies like Legend of the Galactic Heroes

More Animation tv shows like Legend of the Galactic Heroes