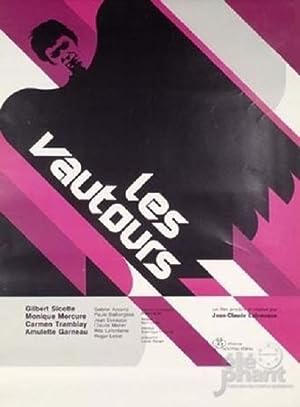 How to Watch Les vautours 1975 Online in The UK

The cast of Les vautours

What is Les vautours about?

Set in 1959, 18-year old Louis Pelletier leaves the seminary and is promised a civil service job by Quebec Premier Maurice Duplessis himself. Soon after, he receives word that his widow mother has died and left him as sole inheritor of her meager fortune. His three aunts Yvette, Marie, and Adèle descend upon his mother's house in the Limoilou district of Quebec City from as far away as Boston and Alberta. They are quick to handle the details of the funeral but it becomes immediately apparent that they are more concerned for the inheritance than for their nephew. Louis wants nothing more than to escape from the situation, dreaming of a career in music and ignoring the reality that he could lose everything he has.

Where to watch Les vautours