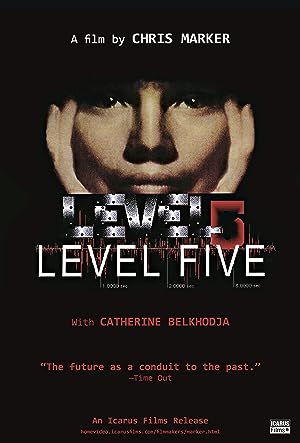 How to Watch Level Five 1997 Online in The UK

The cast of Level Five

What is Level Five about?

The French computer programmer Laura inherits the task of making a computer game of the Battle of Okinawa during World War II. She searches the internet for information on the battle, and interviews Japanese experts and witnesses. The extraordinary circumstances of the Battle of Okinawa lead Laura to reflect deeply on her own life and humanity in general, particularly the influence of history and memories.

Where to watch Level Five