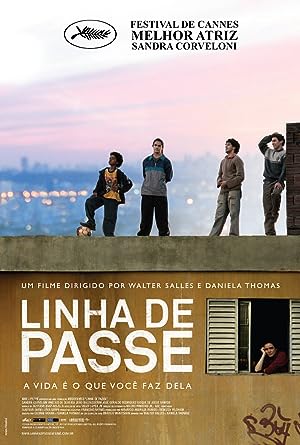 How to Watch Linha de Passe 2008 Online in The UK

The cast of Linha de Passe

What is Linha de Passe about?

In the periphery of São Paulo, the pregnant single mother Cleuza works as maid in the apartment of a middle-class family. Each of her sons has a different unknown father: the oldest, Dênis, has a baby son that lives with his mother and he works as motorcycle courier; Dinho is a converted Christian and works as attendant in a gas station; Dario is an aspirant soccer player that is getting older without the expected chance in a team; and the youngest, Reginaldo, is obsessed about finding his father who works as a bus driver, and spends most of his spare time traveling by bus. Along the months, each brother experiences new deceptions and expectations while the family fights to survive.

Where to watch Linha de Passe