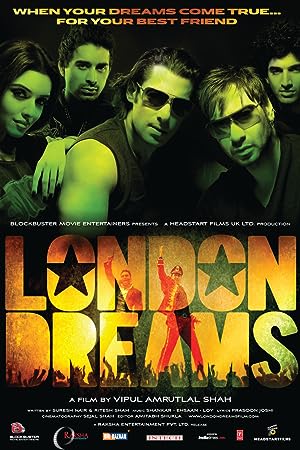 How to Watch London Dreams 2009 Online in The UK

The cast of London Dreams

What is London Dreams about?

Bhatinda-based school-going Arjun wants to follow in his much-maligned grand-father's footsteps and attain fame at the Wembley Stadium much to the chagrin of his father. After the latter's passing, he re-locates to live in Britain with his paternal uncle, and when admonished about his career, runs away. Years later Arjun will attempt to gain fame along with two associates, Zoheb and Wasim, and his sweetheart, Priya. He returns to Bhatinda and asks his childhood slacker and trouble-maker friend, Manjeet Khosla, to also join his band - a decision that will not only cost him his popularity, his career and dreams, but also his love.

Where to watch London Dreams