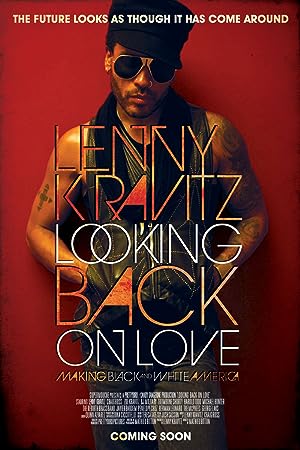 How to Watch Looking Back on Love: Making Black and White America 2013 Online in The UK

The cast of Looking Back on Love: Making Black and White America

What is Looking Back on Love: Making Black and White America about?

Twenty-two years after he exploded onto the music scene, Lenny Kravitz creates the album he was born to make. The documentary, "Looking Back On Love", follows the journey behind the making of Kravitz's recently released 9th studio album, Black And White America. An in depth look at the sessions that initially started out as a three-month recording project, Looking Back On Love is a full-on rock and roll music production. Filmed by GRAMMY-Award nominee Mathieu Bitton, viewers will experience the Bahamian culture through a day-to-day look at Lenny's life, and watch the artist create and record the songs at his newly built Bahamas home studio, Gregory Town Sound. The film includes exclusive interviews spanning two years and showcases the artist discussing his creative process, his influences and the recording of the songs themselves. The spotlight is also on Lenny's recording techniques, showcasing his musical partner Craig Ross, New Orleans legend Trombone Shorty, and long time collaborators, George Laks, Harold Todd and Michael Hunter at work at Gregory Town Sound. The film also features in depth examination of the album's title song; Lenny's personal history about his upbringing in a mixed family, the election of President Obama and the message of love that Lenny has been preaching for over 20 years.

Where to watch Looking Back on Love: Making Black and White America

More Documentary movies like Looking Back on Love: Making Black and White America