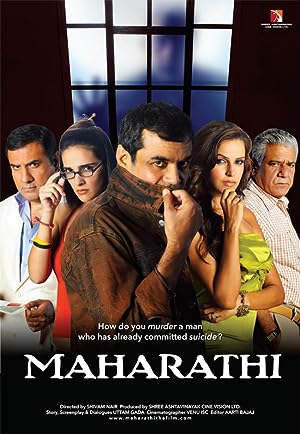 How to Watch Maharathi 2008 Online in The UK

The cast of Maharathi

What is Maharathi about?

The caption of the movie says, "How would you murder a man who has already committed suicide". The story revolves around 6 characters a one time famous film director, his wife (a one time actor in his films), a chauffeur, a confidante lawyer, a caretaker and an ACP all trying to outwit each other. At stake is a life insurance policy worth Rs. 24 crores. A one time famous film director dejected by his wife's behaviour shoots himself and challenges his wife to prove his suicide as murder in order to get a booty of Rs. 24 crores. The director's chauffeur-cum-confidante helps the wife in achieving her target in the hope of sharing the booty. The story unveils as different characters enter and help the story move on.

Where to watch Maharathi