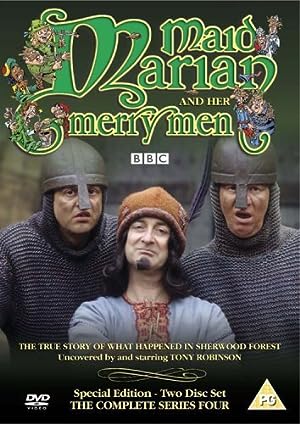 The cast of Maid Marian and Her Merry Men

What is Maid Marian and Her Merry Men about?

The true story of Sherwood Forest is finally revealed: Robin was a cowardly tailor from Kensington, and Marian was the brains behind the Merry Men. With her ruthless band of freedom fighters, Marian seeks to save the villagers of Worksop from the tyrany of King John and his cunning henchman, the Sheriff of Nottingham...

Where to watch Maid Marian and Her Merry Men

More Adventure movies like Maid Marian and Her Merry Men