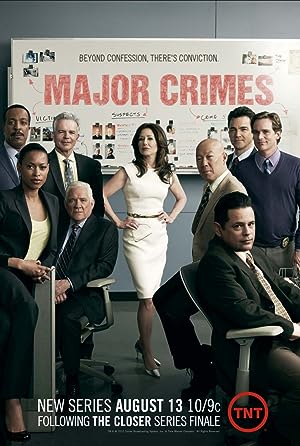 How to Watch Major Crimes Online in The UK

The cast of Major Crimes

What is Major Crimes about?

This "Closer" spinoff follows cases handled by the Major Crimes division of the LA Police Department. The 7-member team is headed by Capt. Sharon Raydor, whose intellectual smarts combined with a calm, even temperament help a team of experts solve high-profile murder cases. In addition to running the show, Raydor helps guide and protect her teenage charge, a witness in a horrific crime, who finds a safe refuge among members of the major-case squad.

Where to watch Major Crimes