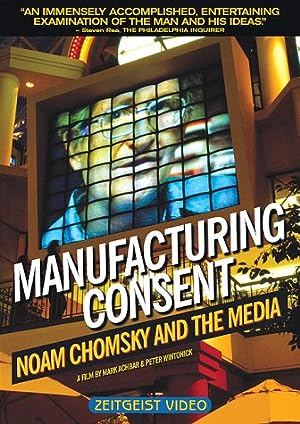 How to Watch Manufacturing Consent: Noam Chomsky and the Media 1992 Online in The UK

The cast of Manufacturing Consent: Noam Chomsky and the Media

What is Manufacturing Consent: Noam Chomsky and the Media about?

This film showcases Noam Chomsky, one of America's leading linguists and political dissidents. It also illustrates his message of how government and big media businesses cooperate to produce an effective propaganda machine in order to manipulate the opinions of the United States populous. The key example for this analysis is the simultaneous events of the massive coverage of the communist atrocities of Khmer Rouge regime of Cambodia and the suppression of news of the US supported Indonesian invasion and subjugation of East Timor.

Where to watch Manufacturing Consent: Noam Chomsky and the Media