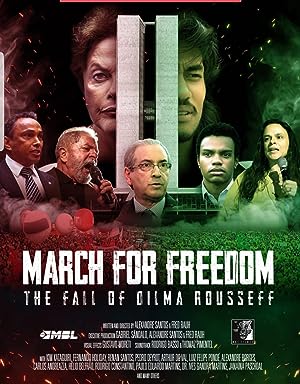 How to Watch March for Freedom 2019 Online in The UK

The cast of March for Freedom

What is March for Freedom about?

A group of students, artists and broken executives that, from a low budget office in the center of São Paulo, were capable of starting a real political revolution in Brazil. March for Freedom is the portrait of Dilma Rousseff's impeachment from the eyes of its most unlikely protagonists.

Where to watch March for Freedom