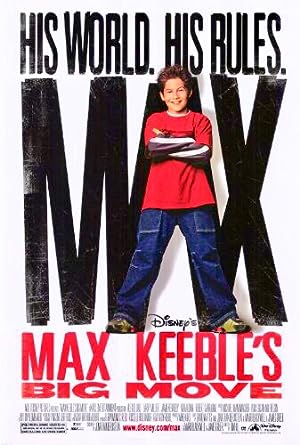 What is Max Keeble's Big Move about?

Max Keeble is a nice, quiet teenager, whose idea of 'superhero-requiring' danger is braving Evil Ice Cream Man who blames him for a health complaint from ma Lily. She spent six years on just the right interior and now hears from dad Don Keeble, a wimp whose 'career' in commercial publicity still only got him wearing sly costumes, a promotion requires the family to move to Chicago. Initially Max just hates giving up his high-school friends, a fatso and a music-maniac, but when their former friend Troy McGinty picks on them with his new image as bully realizes leaving means he can't be punished after Friday, and plans an orgy of revenge. Max's targets include the arrogant new principal, Elliot T. Jindraike, who spends the school budget on a new sports stadium to flatter the inspector, Superintendant Bobby 'Crazy Legs' Knebworth, and even plants to tear down the animal shelter. When it's all in motion, dad suddenly announces he has taken Max's first advice and turned down the promotion!