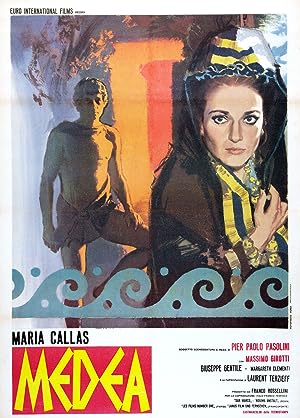 How to Watch Medea 1969 Online in The UK

The cast of Medea

What is Medea about?

To win the kingdom his uncle took from his father, Jason must steal the golden fleece from the land of barbarians, where Medea is royalty and a powerful sorceress, where human sacrifice helps crops to grow. Medea sees Jason and swoons, then enlists her brother's aid to take the fleece. She then murders her brother and becomes Jason's lover. Back in Greece, the king keeps the throne, the fleece has no power, and Medea lives an exile's life, respected but feared, abandoned by Jason. When she learns he's to marry the king's daughter, Medea tames her emotions and sends gifts via her sons; then, loss overwhelms her and she unleashes a fire storm on the king, the bride, and Jason.

Where to watch Medea