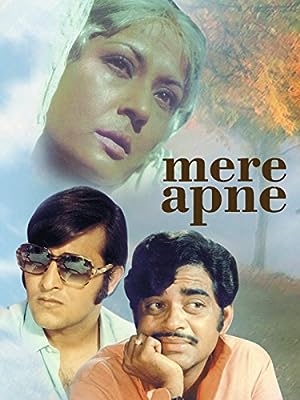 How to Watch Mere Apne 1971 Online in The UK

The cast of Mere Apne

What is Mere Apne about?

Anandi has been a widow for several years, living all herself in a small village. One day out of the blue comes Arun Gupta, claiming to her relative, and literally begs her to come to live with him and his family in the city, which she does. Once in the city, she finds out that things are not the same as in the village, there is very little or no compassion, violence, gang-fights, and children being abused. She befriends one such abused child and attempts to bring him to the Gupta family, and she finds out that she is not welcome there anymore. She finds out that Arun had actually brought her to the city, not of pity, love or compassion, but for doing household duties, and baby-sitting, without any wages. She moves out and lives in a broken-down structure with the homeless child, hoping and waiting that someday, someone will actually come for her, and claim her as family.

Where to watch Mere Apne