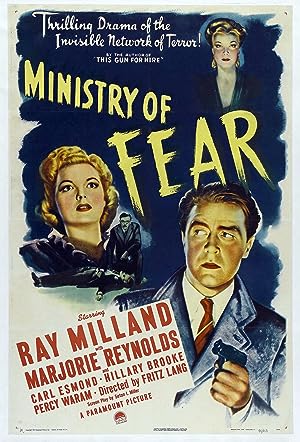 How to Watch Ministry of Fear 1944 Online in The UK

The cast of Ministry of Fear

What is Ministry of Fear about?

Stephen Neale is released into WWII England after two years in an asylum, but it doesn't seem so sane outside either. On his way back to London to rejoin civilization, he stumbles across a murderous spy ring and doesn't quite know who to turn to.

Where to watch Ministry of Fear