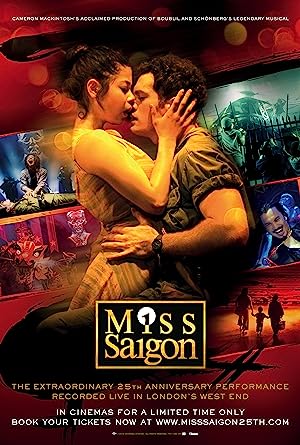 How to Watch Miss Saigon: 25th Anniversary 2016 Online in The UK

What is Miss Saigon: 25th Anniversary about?

A filmed production of the musical 'Miss Saigon' for its 25th anniversary, performed live at London's Prince Edward Theatre, in London's West End. Including the 2hr 20minute production and a bonus 35-minute "25th Anniversary Gala" which included stars of the original cast, Jonathan Pryce, Lea Salonga and Simon Bowman.