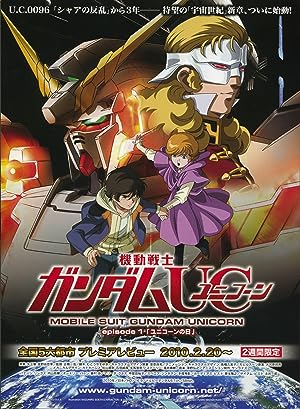 How to Watch Mobile Suit Gundam Unicorn Online in The UK

What is Mobile Suit Gundam Unicorn about?

Industrial 7's Magallanica, where the current conflict began, has been revealed as the hiding place of Laplace's Box. Banagher heads for Industrial 7, but his way is barred by Riddhe and Angelo, who are trying to prevent him from reaching the Box. After the resolute Marida launches from the Nahel Argama to provide support, Banagher and Mineva make their way to Magallanica, where Syam is waiting. Martha, the acting head of the Vist Foundation, her nephew Alberto, and Riddhe's father Ronan, a Federation government leader, have all gathered at the Earth Federation's Cheyenne base. They have decided to use a certain "System" to protect the secret of the Box. Londo Bell commander Bright Noa, noticing this unusual activity, rushes toward Cheyenne with the warship Ra Cailum.