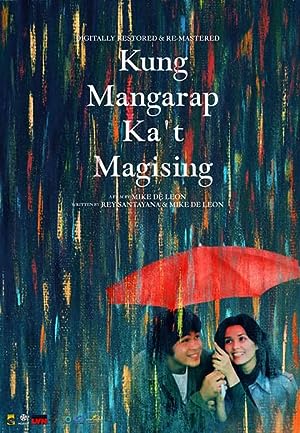 The cast of Moments in a Stolen Dream

What is Moments in a Stolen Dream about?

It's the coming-of-age story of a young college student, Joey (Christopher de Leon) who has lost all sense of direction and meaning in life, waking up every morning to the same old day that went before; fruitless, senseless, lifeless. He's a carefree kind of guy who just bums around with his friends. The only thing that inspires him is music. The problem is, he has yet to finish writing a song, which turns out to be the movie's theme song, and the theme song of his awakening. Then Joey meets Ana (Hilda Koronel) and she immediately sweeps him off his feet. A very sweet friendship develops between the two. All of a sudden Joey's world is turned upside down, and his mornings are never the same again.

Where to watch Moments in a Stolen Dream

More Drama movies like Moments in a Stolen Dream

More Drama tv shows like Moments in a Stolen Dream