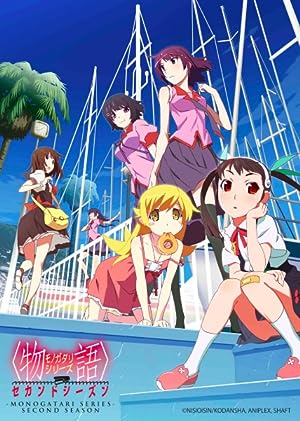 How to Watch Monogatari Series: Second Season Online in The UK

What is Monogatari Series: Second Season about?

Walking to school one day Tsubasa Hanekawa encounters a huge white tiger apparition at a crossroads that talks to her. The next day her house burns down. Homeless, and not wanting to stay with her family, she lies and tells them she has a place to stay, but instead sleeps in the old cram school. She's awakened by an angry and upset Hitagi Senjogahara who ridicules her for worrying her and drags her to her place to stay instead. The two of them soon discover that Araragi has gone missing and has urged them in a text message not to look for him.