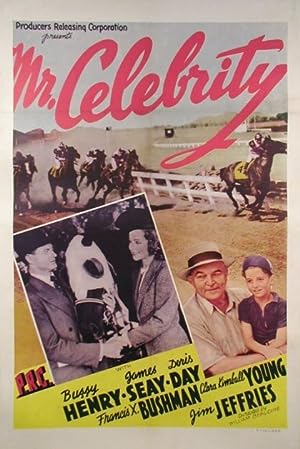 How to Watch Mr. Celebrity 1941 Online in The UK

The cast of Mr. Celebrity

What is Mr. Celebrity about?

The grandparents, Daniel Mason(William Halligan) and Mrs. Mason (Laura Treadwell) of Danny Mason (Robert 'Buzz' Henry)), an orphaned boy, are trying to have him put into their custody rather than that of his uncle, Jim King (James Seay), a racetrack veterinary, as they object to the track environment in which he is being raised. Their destinies become entwined with that of former silent-film stars Francis X. Bushman) and Clara Kimball Young) and ex-heavyweight champion James J. Jeffries), and that of a broken-down race horse named "Mr. Celebrity." The tagline tells it all.

Where to watch Mr. Celebrity