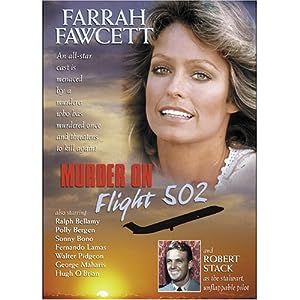 The cast of Murder on Flight 502

What is Murder on Flight 502 about?

A jumbo jet leaves New York. After the plane has departed, a note is found in the first class lounge with an ominous message left by a passenger threatening to kill some of the passengers. At first it is thought to be a sick joke, but soon a man posing as a priest and a stewardess are killed. It is up to the captain to find the killer before the body count increases.

Where to watch Murder on Flight 502