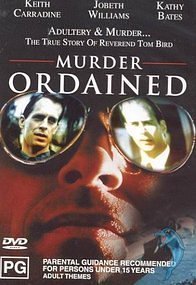 How to Watch Murder Ordained 1987 Online in The UK

The cast of Murder Ordained

What is Murder Ordained about?

This is the story of a minister who's feeling unhappy in his marriage who then has an affair with a church employee, who is also married, and who also has affairs, and whose husband is unwilling to divorce her. One day the minister's wife is found dead, in what appears to be an auto accident, but the highway patrolman who investigated the accident doesn't think that it's an accident but doesn't have enough evidence to justify an investigation. Later, when the woman's husband is killed an investigation begins.

Where to watch Murder Ordained